Amidst debates around cultural appropriation by designers who draw from ‘foreign’ cultures for their exotic appeal, many fashion schools still teach students to ‘get inspired’ by ‘the East’, ‘Africa’ or ‘indigenous cultures’.

When left unaccompanied by historical context, designers are trained to perpetuate an uncritical colonial gaze on the world. What are the implications of drawing inspiration from Ethnological museums when the content of those is made up of looted goods from the cultures designers supposedly celebrate with their collections? What would fashion look like if European designers would instead analyse their own denied history to acknowledge the suffering and dispossession inflicted on other cultures?

In this collaborative project with Florian Màthé, we focused on the rubber exploitation under King Leopold II in the Congo at the end of the 19th century. Our research took us to confidential reports from the colonial era that were hidden from the general public for a very long time. They included horrifying photographs depicting slavery, torture and killings, accompanied by dehumanising notes about the victims. Public versions of the reports at the time depicted Europe’s colonial endeavours as humanitarian and glorified colonisers’ achievements. Rubber and other natural resources were exploited and sent back to Europe and the rest of the world. There, they where were used to advance the Industrial Revolution while those who worked for it were left behind.

To this day, many aspects of Europe’s dark past (and present) are distorted or left untold in schools and museums. Could highly visible creative practices such as fashion contribute to starting a public dialogue? Can fashion use aesthetics to draw attention to issues below the surface? 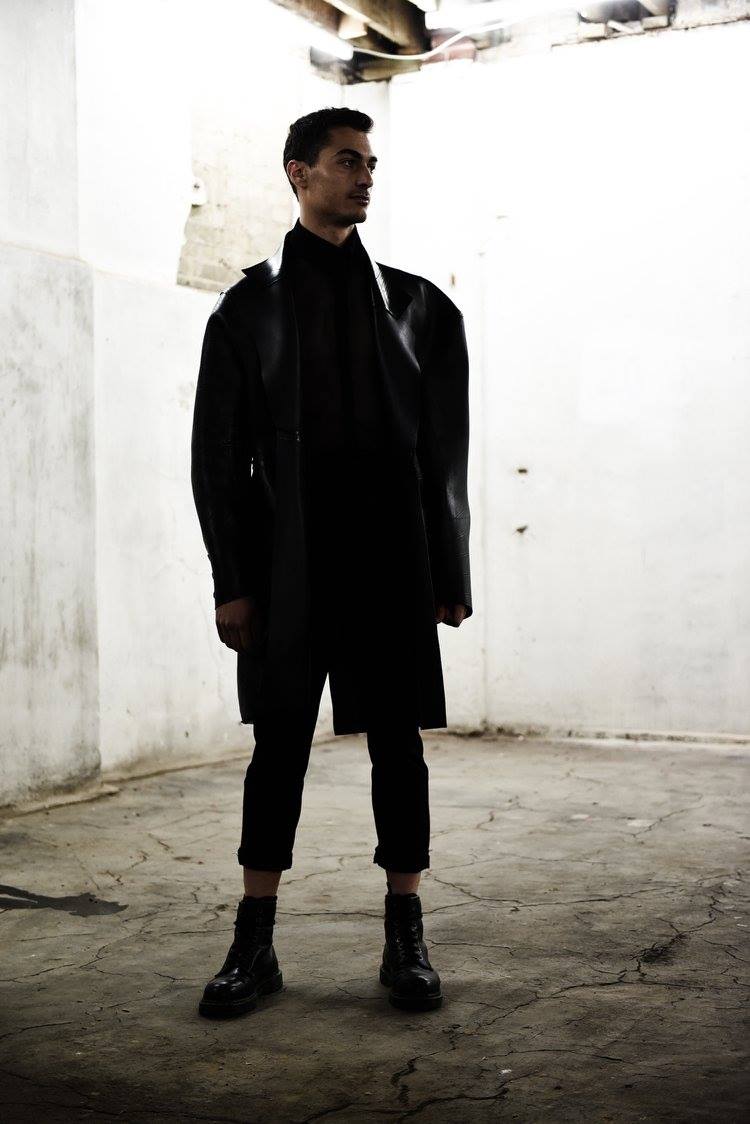 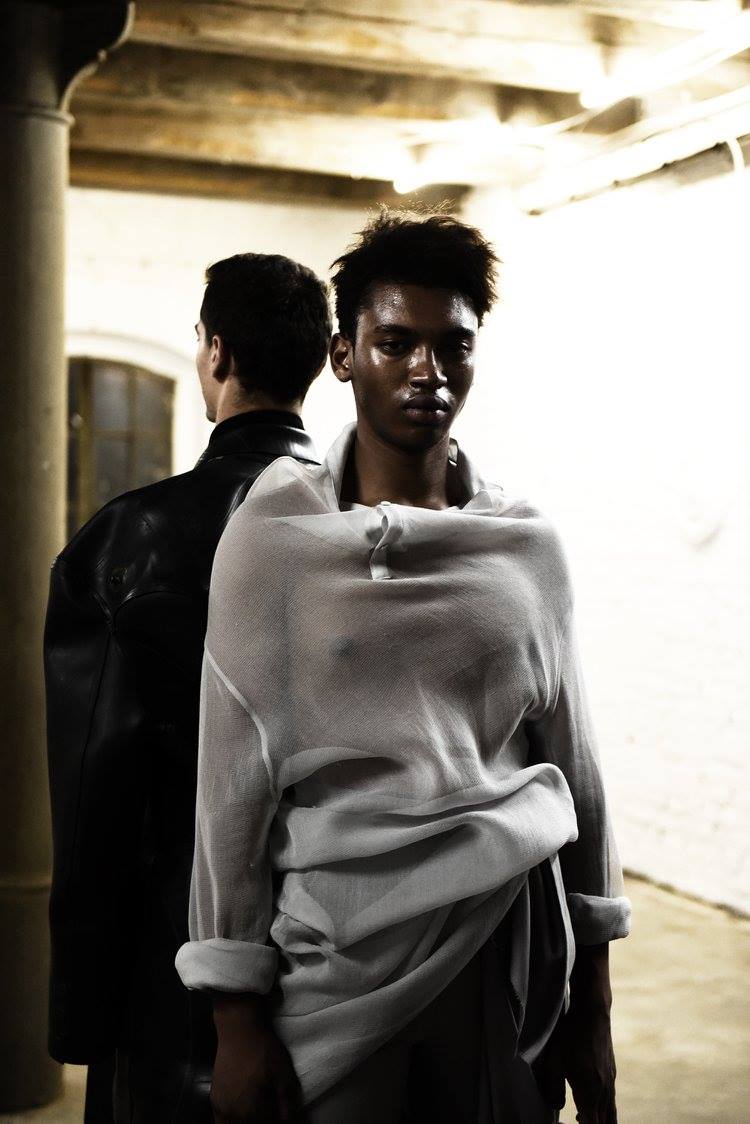 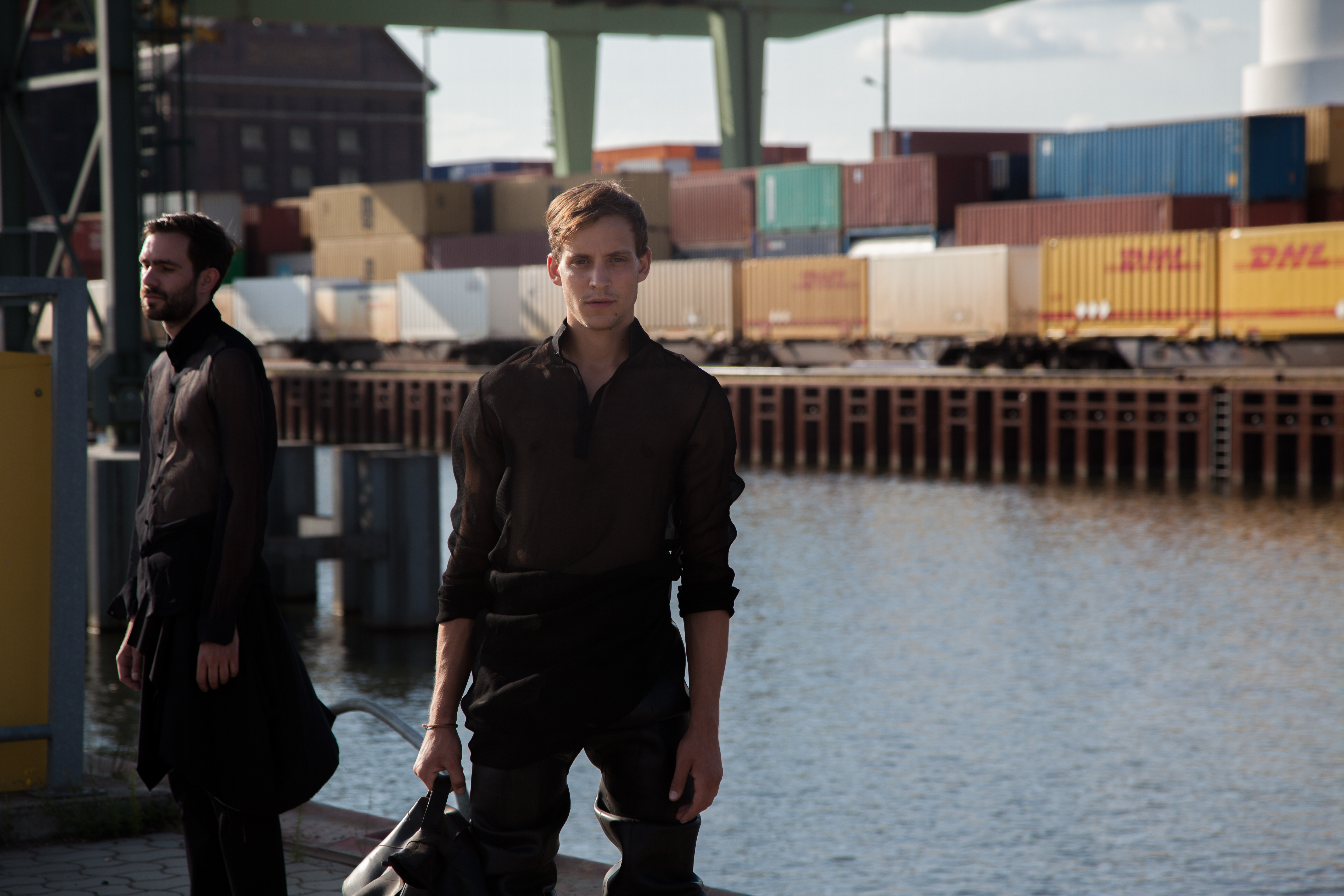 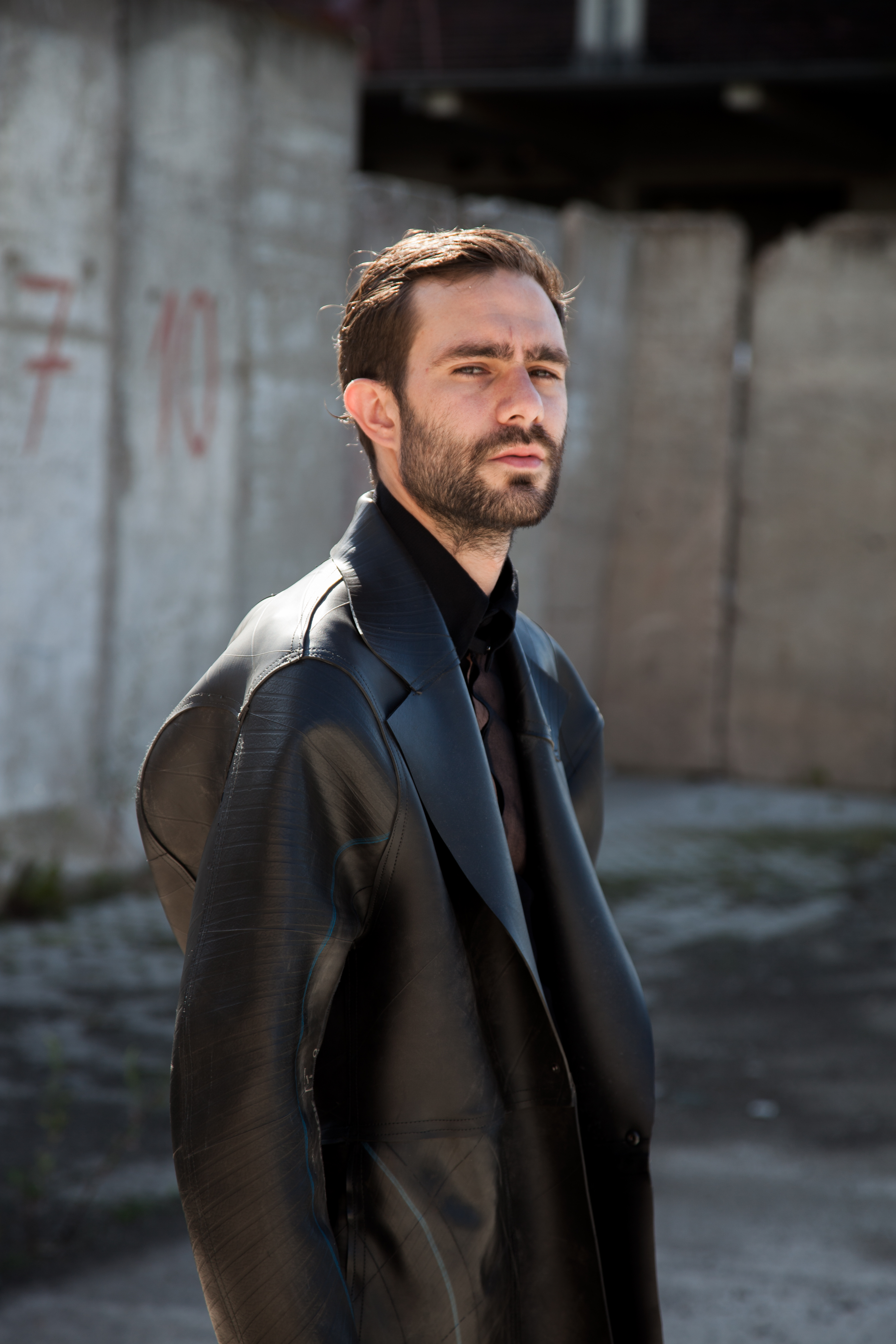 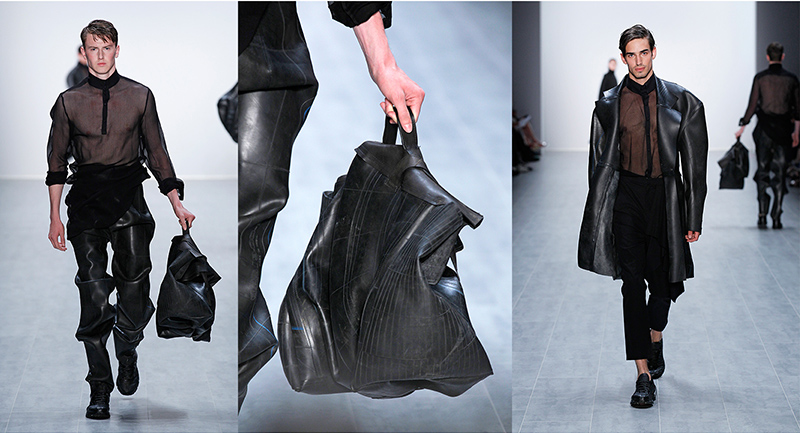 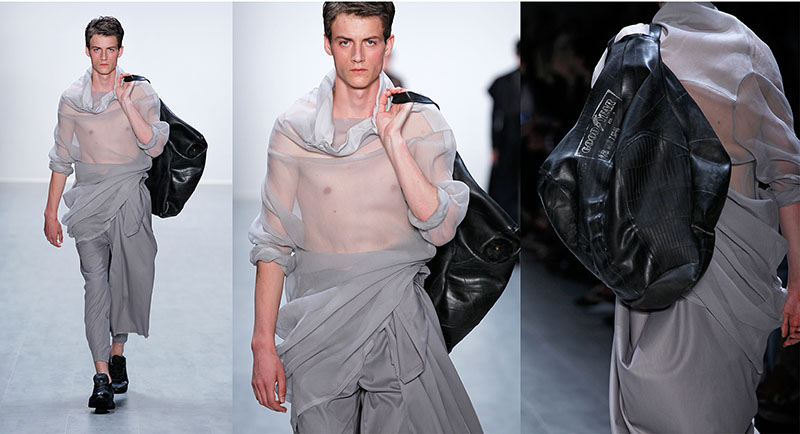 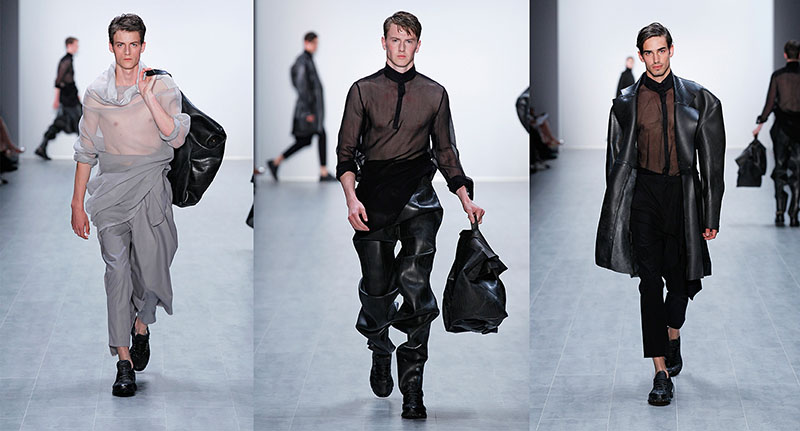 2014 — Annual fashion show of the University of the Arts Berlin, Mercedes-Benz Fashion Week